Skip to main content
Join the IoT Cloud Skills Challenge and build expertise in implementing the configuration and coding tasks required to create and maintain the cloud and edge portions of an IoT solution.

Welcome to Day 1 of #JulyOT!

What we have for you today​

Getting started with nanoFramework​

.NET nanoFramework: Our mantra is about making it easy to write C# code for embedded systems! And all that we're doing here is about that. This free and Open Source platform enables the writing of managed code applications for constrained embedded devices. As a developer, you can use your powerful and familiar tools like Microsoft Visual Studio IDE and your .NET C# skills to write code on a microcontroller.

Here you'll find all the tools, examples, documentation and a great developer ecosystem to help you on your next embedded systems project.

New: Adoption of .NET nanoFramework is growing fast. It just reached 2 million NuGet downloads, it took 5 years to reach the first million and only 9 months for the second one! Read more about it here

To get started, you can use our step by step guide containing as well short videos.

You'll go through the installation of the Visual Studio extension:

Then installing nanoff, the tool to flash your device, and flashing your device:

And then coding your first hello .NET nanoFramework application and setting debug breakpoints in your code:

In a matter of a few minutes, you'll be up and running with .NET nanoFramework!

And a lot of samples to start: https://github.com/nanoframework/Samples

What is .NET nanoFramework?​

.NET nanoFramework is a free and open-source platform that enables the writing of managed code applications for constrained embedded devices. It is suitable for many types of projects including IoT sensors, wearables, academic proof of concept, robotics, hobbyist/makers creations, or even complex industrial equipment. The .NET nanoFramework makes development easier, faster, and less costly by giving embedded developers access to modern technologies and tools used by desktop application developers.

Developers can harness the powerful and familiar Microsoft Visual Studio IDE and their .NET C# knowledge to quickly write code without having to worry about the low-level hardware intricacies of a microcontroller. Desktop .NET developers will feel “at home” and can use their skills in embedded systems development, enlarging the pool of qualified embedded developers. Using Microsoft Visual Studio, a developer can deploy and debug the code directly on real hardware.

The .NET nanoFramework includes a reduced version of the .NET Common Language Runtime (CLR) and features a subset of the .NET base class libraries along with the most common APIs included in .NET IoT allowing code reuse from .NET IoT applications, thousands of code examples, and open source projects.

The project is supported by the .NET Foundation.

You can watch this video from the Microsoft IoT Show featuring .NET nanoFramework connected to Azure IoT Hub, measuring a BMP280 sensors, and using the unique deep sleep feature from microcontrollers. A real-life example with .NET nanoFramework: Why use .NET nanoFramework?​

.NET nanoFramework is the perfect enabler for developing software that works on embedded devices. Start with a low-cost and readily available development board, then use nanoFramework to write, debug and deploy your code.

Whether this is your first foray into programming or you are a seasoned developer, if you want a powerful and easy-to-use tool for developing software that runs on embedded devices, you are in the right place. With its modular architecture, it's easy to grab the core components (like the CLR, debugger, and interpreter) and extend them to new hardware platforms, .NET nanoFramework is the perfect partner for your project. The current reference implementation uses ChibiOS supporting several ST Microelectronics development boards, Espressif ESP32, Texas Instruments CC3220 Launchpad, CC1352 Launchpad, and NXP MIMXRT1060-EVK.

Because it's completely free and Open Source you have access to and the ability to modify all parts of the code including the ability to leverage what others have already contributed. If you are willing to, you can help shape the future by contributing back to the project and rapidly growing community.

Here are a couple of supported boards: 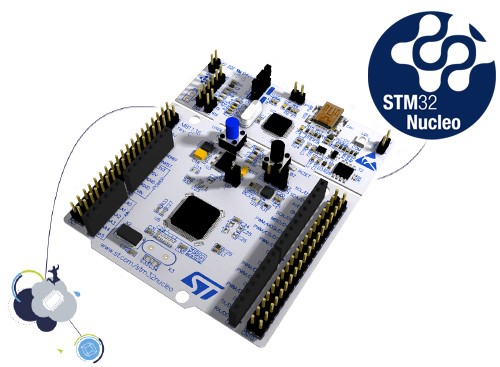 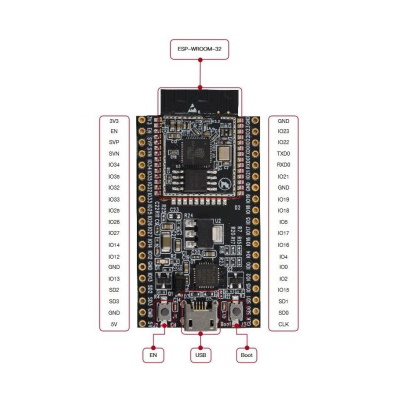 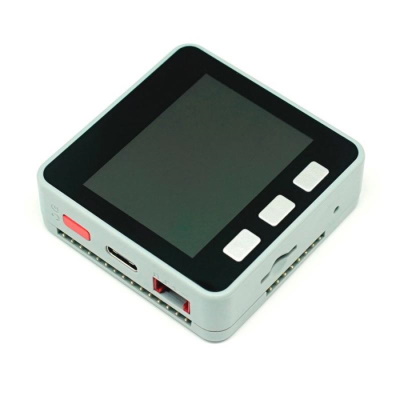 Our reference boards can be found here. And community boards here. Depending on your board, it can be a matter of a few hours to get your board supported! A blog post will explain how.

Here are some of its unique features:

Here are some advantages over other similar systems:

Find us on Fridays all July! See you for another post on how to use GPIO, SPI, I2C, PWM, and more on .NET nanoFramework! And feedback is welcome.